Does Your Dog Love You? 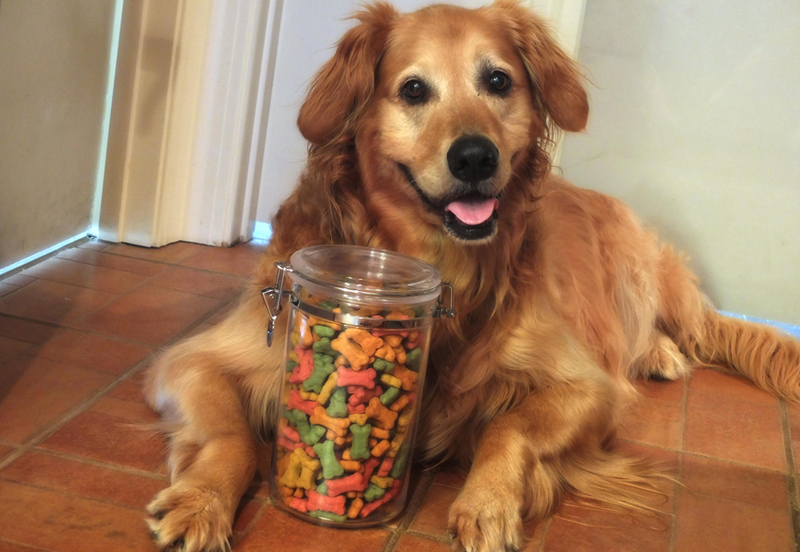 Dog lovers have no hesitation is saying dogs love their people. Dogs’ obvious attachment to their owners is shown in their following them around, their approaching them for attention and
affection, and the ecstatic greeting they give their person when they return home. Without an emotional bond, there would be few dogs joining a household.

Until recently, we had to deduce their emotions only from their behavior. Gregory Berns of Emory University, a physician who had conducted MRI studies for 25 years of humans, conducted groundbreaking MRI studies of two dogs’ brains. He, and his staff are huge dog people, and they were curious how dog brains worked. Dr. Berns trained his dog, a shelter dog, and an acquaintance trained her border collie, to lie perfectly still in the MRI machine. This was the first time MRI studies had been done on conscious and unrestrained dogs. He wanted to humanely capture their brain functions, and capture their brains functioning as closely to their natural state as possible.

Dogs Do Love Their People

Dr. Berns found the dogs’ cortex lit up when their owner’s worn clothing was placed near their nose, proof that they remembered the owner even when that person wasn’t present. The caudate activation in the dogs’ brains was similar to what happens in human brains when humans are shown a photo of the person they love. The dogs’ caudate activation lit up the most from the scent of their owners’ clothing, compared to the scent of other dogs, dog pee, or dog poop. He concluded the dogs’ brain activity was evidence that dogs do love their owners, and they love them best.

Dr. Berns’ initial MRI studies were only of 2 dogs, as discussed in his book, How Dogs Love Us *. Because of his small data base, scientists would view his findings as anecdotal not scientific. Dr. Berns, and other scientists, are now continuing MRI studies on more dogs to establish a more scientific data base on dogs’ brains. By discovering more about the reality of canine emotions, these scientists will help guide owners to a proper perception of their dogs’ inner life.

Do We Understand Our Dogs?

It’s well established that the human mind loves to project emotions and intentions onto nonhuman creatures, anthropomorphism. This can cause problems for dogs and humans alike. Many people really do unthinkingly treat their dogs as if they were little people. Dog owners may think they understand canine communication, but they’re often misled by their anthropomorphism.

Sixty-four Swiss dog owners, and sixty-four people** with little or no experience of dogs were shown a video clip of an owner getting her dog ready for a walk – putting on her coat, putting the dog on the leash, and then immediately removing the leash, taking off her coat, and ignoring the dog for a few minutes. The dog followed her to the door, then went back to where she’d put her coat, and finally sat down, watching her while her attention was elsewhere. Almost all the people, dog owners and non dog people, identified the dog’s emotional state as disappointment. Among those who were shown only the last part of the scene, after the owner had left the picture, few identified the dog’s emotional state this way. Even the most well-meaning dog owner may know significantly less that they think they do about their dog’s emotional life.

Happier Dogs and Their People

Displaying emotions openly and honestly across the animal kingdom are favored only when cooperation is the desired result. Emotional transparency in dogs was one of the characteristics selected during the domestication of dogs. Dogs have expressive faces, and bodies, that give away much, but not all, of what they’re feeling. Dog behaviorists, effective trainers and successful dog owners excel at reading dogs’ emotions from their physical manifestations of them. Awareness of and empathy to your dog’s inner state is key to a successful relationship with it, just as it is crucial to successful relationships with our fellow humans.